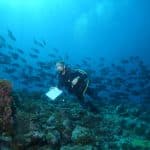 After discovering the Geyser in 1999 for a study on coral bleaching and then in 2003 on the way to the Glorieuses, returning there this year aboard ANTSIVA is a renewed pleasure because this place is still magical by its diversity of landscapes.
Underwater and on board, with a team that shares common values on the reasoned protection of the marine environment, we were able to measure at the end of a week of re-visiting sites how much Geyser has spent this last decade and make plans for the future around THB. All this in a tip top atmosphere. Many thanks to Nicolas, Lou and the crew for taking care of our comfort and for following us on this adventure. Thank you also to the DAF of Mayotte for its support. Veloma. 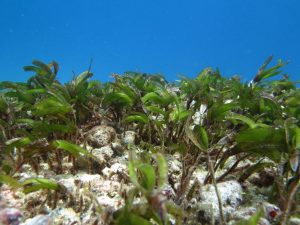