In search of new bioactive molecules 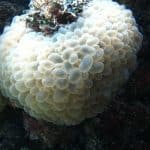 The 10 days spent aboard the Antsiva, allowed us to make 12 beautiful dives or a sample of a hundred samples. The dive sites chosen on the advice of the captain of the boat who knows the area perfectly, all had a biodiversity of great wealth. Ideal dive conditions (weather, perfect dive equipment, easy access to dive sites through an annex ...), we can add without hesitation, extremely comfortable living conditions on a boat very well designed and arranged. To name just a few examples: several workspaces, a beautiful storage space for scientific equipment, the provision of a freezer (oh so essential for us!), Balanced and delicious meals, thought and concocted by Anne comfortable sleeping cabins ... To all this, we must emphasize the great conviviality initiated by Anne and Nicolas who both make it a point of honor to satisfy our needs and our desideratas.

A huge thank you to Anne, Nicolas and the crew. In the hope that we can lead a new collection campaign by your side!

Madagascar and the satellite volcanic archipelagos: the Seychelles, the Comoros, Mauritius (including Rodrigues), the Scattered Islands as well as the French Overseas Departments Reunion and Mayotte, constitute one of the hotspots of terrestrial and marine biodiversity worldwide . These tropical islands form a unique jewel, containing a biological treasure of the most precious and without equivalent on a planetary scale. The level of endemism is particularly high. However, due to the extreme vulnerability of these island ecosystems to human impacts (alteration and loss of habitat, introduction of invasive species, destructive harvesting methods and overexploitation of natural resources), flora and fauna of this Hotspot are greatly threatened. The effects of extreme natural phenomena such as cyclones or volcanic flows can also be periodically important. Moreover, the responses to environmental threats in most of the islands of this Hotspot encounter several constraints:
1- Infrastructure and technical expertise are weak;
2- The general public is not very sensitive to environmental problems because it does not understand the issues;
3- Aspects related to the environment are poorly integrated and not taken into account in the development policies put in place;
4- Information on the state of natural resources and biodiversity is insufficient.
On this last point, the contribution of scientists is paramount. Researchers can, in fact, act for a better census of biodiversity and a better understanding of the evolutionary processes of this biodiversity. This information will be made available to politico-strategic decision-makers to better integrate them into regional concerns.

Among the research organizations active in favor of biodiversity in the South-Western part of the Indian Ocean, the University of Reunion has prioritized in its research strategy "the valorization and protection of terrestrial and marine biodiversity" . Its strategic position in the heart of the West Indian Ocean is an undeniable asset; it offers exceptional research conditions for the observation and study of biodiversity. Implanted at the University of La Réunion, the Laboratory of Chemistry of Natural Substances and Food Sciences (LCSNSA), through its studies on the chemodiversity carried out on both plants and marine organisms, actively contributes to the development of this theme of privileged research.

With particular reference to marine chemistry, the LCSNSA has made its mark in the field since the early 1990s. The laboratory's researchers are involved in the extraction, isolation and identification of secondary metabolites of marine invertebrates (sponges). mainly ascidians and alcyons).

Purpose of the research

The scientific mission carried out aboard the Antsiva is part of a research project carried by the LCSNSA (Jacqueline Smadja - Anne Bialecki) and financed by Europe and the Reunion Region (ERDF: European Development Fund Regional). This project, whose acronym is BIOMOL TCN, is entitled "Therapeutic, Cosmetological and Nutracetic Activities of Molecules derived from Terrestrial, Marine and Microbial Biodiversity in the Southwest Indian Ocean" and started during the year 2012.
On board the Antsiva, we set ourselves the mission of collecting marine invertebrates (Sponges, Ascidians and Soft Corals) located near the Mitsio Islands in northern Madagascar. All these invertebrates are intended for an exhaustive study of their chemical composition with a double objective:

This research will make it possible to discover original molecules with interesting structural and / or pharmacological properties. Natural substances have in fact always been considered as the preferred source for the discovery of drugs or active substances. It is estimated that more than 60% of drugs are either natural substances, derivatives or analogues, or molecules synthesized on the model of natural substances.
For many years, research has focused on terrestrial plants and micro-organisms, mainly because these specimens are easily accessible. Today, a growing part of the current promise of pharmaceutical research lies in the sea whose depths are populated by a biodiversity of remarkable richness. This biodiversity is associated with a fascinating chemiodiversity suggesting an extraordinary multiplicity of new possibilities in terms of pharmaceutical discoveries. It is now recognized that marine natural products are the most original representatives of molecular diversity. Marine organisms, living in a highly competitive environment, produce unique secondary metabolites that have ecological roles essential to the balance of biotopes (competition for space, colonization of surfaces, defense against predation, seduction for reproduction ...). The specificity and originality of molecules derived from marine organisms can also be explained by all the particular physicochemical characteristics of the marine environment such as high pressures, total absence of light, variable salinities or the relative abundance of water. elements such as bromine, chlorine or iodine. Marine invertebrates such as sponges, ascidians and soft corals are among the most studied organisms for their chemical composition. Among the compounds isolated from these sessile organisms, molecules with biological activities (anticancer, antiviral, anti-inflammatory, antibiotic, immunosuppressant, anti-Alzheimer ...) have been discovered, and are in preclinical or clinical trials.

The proposed research will contribute to the characterization of the marine biodiversity of the Southwest Indian Ocean zone through its chemical component. Chemical communication is indeed a universal mode of communication to all living beings - from unicellular plants or animals to the most complex beings. At sea even more than on land, the use of chemical mediators by living organisms is an indispensable element in establishing intra- and interspecific relations. This is especially true since among marine organisms several thousand species - this is the case for most marine invertebrates - are sessile and lack sensory organs such as vision and hearing.
Chemical ecology, with the study of the role of secondary metabolites in the mediation of biotic interactions, is at the heart of fundamental questions in evolutionary biology and functional ecology, on the functioning of ecosystems and on the dynamics and maintenance of biodiversity.

The planned works include 4 basic steps:

1. The collection of marine invertebrates

This leg was completed aboard the Antsiva off the Mitsio Islands. The observations and samples of the organisms were carried out in scuba diving with compressed air up to 25 m depth. The divers operated in trinomial.
The samples of marine invertebrates (sponges, ascidians and alcyons) were made by hand or with a knife depending on the size of the organisms and their method of attachment to the substrate. For all studies (taxonomy, phylogenetics, chemistry, bioactivity) the aim was to collect about 500 g (wet weight) for sponges and soft corals, between 200 and 400 g for ascidians. Each organism collected was photographed in its natural environment.
On return from the dive, for each station, the crops were sorted, then, each taxon referenced by a code showing the geographical area (MAD: Madagascar), the harvest year 12 (2012) and a growing number (eg MAD13-001). A digital photograph was then made as well as a precise description recalling the shape, the color, the consistency as well as all the characteristics that could help later on the taxonomic determination.
The samples were then stored aboard the Antsiva in the freezer (at -20 ° C) and transported frozen to the Laboratory of Chemistry of Natural Substances and Food Sciences at the University of Reunion. These samples are kept frozen until chemistry studies and taxonomy and molecular phylogeny studies begin for accurate identification.

2. The selection of marine invertebrates to study

A selection of marine invertebrates to be studied is carried out in the laboratory. Each organism is subjected to standardized protocols of extraction, biological tests on defined targets (cytotoxic activities, antimalarial, anti-chikungunya ...), and first global chemical analysis (otherwise called metabolomics) by high performance liquid chromatography coupled with a mass spectrometer and nuclear magnetic resonance. The results of biological tests and chemical signatures obtained after these first treatments then allow a reasoned selection of organisms to be chemically studied. The selected marine invertebrates are then subjected to a comprehensive analysis of their chemical composition.

3. The chemical study of selected invertebrates

The secondary metabolites contained in the selected marine invertebrates are first isolated and purified by different chromatographic techniques and then identified using spectroscopic techniques such as high-resolution mass spectrometry and mono and two-dimensional nuclear magnetic resonance.
Purified and isolated, these molecules are then tested on various pharmacological targets to evaluate their biological activities: anticancer activities or antiviral (Dengue malaria, Chikungunya ...).

4. The valuation of the results

The valuation of the results will be carried out in the form of possible patent filings, scientific publications and participation in scientific congresses.