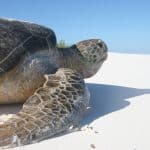 Europa. It has often been called the Wild Island - rightly so, but it's mostly the island of all dreams ...

Already in the 1960s, Cousteau's team had amazed an entire generation with the images of this still unknown island. Then it was the turn of Nicolas Hulot in 2001 to invite us 40 years later and for brief minutes to a dive in its translucent waters. The following year, the filmmaker Rémy Tézier ended up convincing us of the unique character of this coral island lost in the south of the Mozambique Channel. All showed the exuberance of its seabed, the greatness of its populations of terns, lunatics, frigates and Straw in tails, and the exceptional abundance of green turtles laying eggs on its beaches. But none was really interested in what makes this island so original, unique, beautiful: its mangrove with crystal clear waters, a true refuge for aquatic life. This has been the main objective of our mission: to penetrate this mangrove, to unravel its mysteries and to discover the treasures it contains.

But, as a friend of mine said to me, it is essential to have dreams, but it is also necessary to lose one's illusions. It was therefore with enthusiasm that we embarked on the adventure in June 2005. It took almost a year to mount the scientific team, obtain permissions, set up our logistics on site, find our boat and the financing to cover all of our expenses. And of course, we had to find a way to convey to passionate people what we were going to discover, so that such missions are not just for research, but also to show everyone the importance of preserve such places, true relics of a wild past unfortunately too far. And that way was a movie. A team of filmmakers joined us to support us in this mission as scientific as original, almost original ...

On 21 May 2006, we met a team of 5 marine biologists, 1 botanist and 3 cameramen on a plane bound for Tuléar - Madagascar, where a schooner was waiting to take us to Europa. On board, the adventure at once scientific and human began. Like the Mysterious Island so coveted by pure souls, the sea spray invited us to escape, caressing both our faces tenderly and viciously our entrails ... In 36 hours, we waited for a small piece of fossil coral who knew how to adapt to life and preserve it by his hostility ... a drop of earth in an ocean, a very small pebble bearing the name of a whole continent ... Europa ... 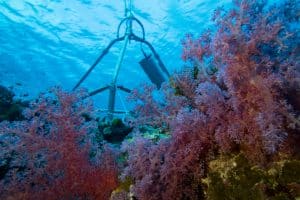